It’s been a year of many first’s for Vu. She got married. Elsa, her first startup, closed its series A of $7M led by Gradient Ventures, Google’s AI fund. Her husband started his own company. Her baby is due in 5 weeks.

“Since he’s my first child, the doctor said he could come out any day now, starting next week.”

“How are you going to fit a baby in your schedule?”

“Ugh, I really don’t know,” Vu laughed. “After we got married, my husband told me my startup experiences inspired him to start his own. And I was like: ‘Why not? It’s not like we have children to worry about.’ Then two months later, I got pregnant.”

In an article on Elsa, Wired wrote: “in every other way, Van doesn’t fit the American startup mold.” For one thing, Vu is a woman. Against the backdrop of legions of male startup founders walking around in hoodies, loose jeans, and questionable footwear choices, Vu stands out with long dark hair, flowing dresses, and French manicure. 2018 set the all-time high record for investments in startups with at least one female co-founder, yet they only accounted for 17% of venture dollars funded globally. 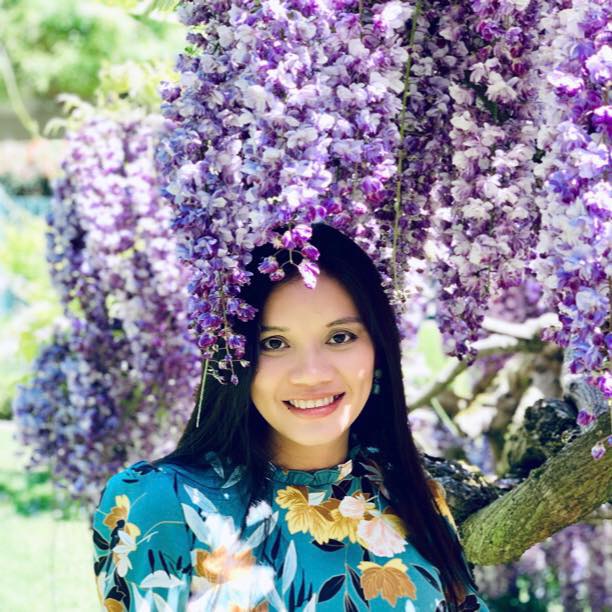 Second, Vu has never coded a day in her life. She went to a college in Vietnam, majored in International Business and Economics. She worked as a trainee at the logistics giant Maersk for two years before moving to Denmark to be the CEO’s special assistant. “Not being technical is an advantage,” Vu told me. “Since I don’t know what’s possible, I’m free to develop my ideas without any technical constraints. It makes me more creative.”

Having met my fair share of Silicon Valley high-achievers, I’ve always subsciously expected someone to blurt out mid-conversation: “I’m not here to make friends. I’m here to change the world.” But Vu is oddly, and refreshingly, personable. She has a warm smile, speaks kind words, and isn’t afraid to be vulnerable. “You aren’t friends until you can be vulnerable around each other,” Vu said.

Because of her willingness to be vulnerable, Vu has been able to develop close friendships even in places lesser-known for friendships: business schools. She met her best friend at the GSB, who is now her product manager. “The first quarter was tough. None of my classmates has heard of the name of the college I went to or the company I worked for. They were like: what does a logistics company even do? You know the feeling of being an admission mistake. I felt like everyone around was better than me. The first test was to get an internship. The kind of people who get into the GSB are those who turn down job offers, not those who have to compete for an internship. So when we applied and didn’t even get a response, we were so disheartened. I couldn’t talk to anyone because I was afraid they’d look down on me even more. One evening, I was in the dorm with two classmates when this girl burst in crying. She was scared that she wouldn’t get any internship. None of the companies she applied gave her an interview. That’s when I realized that I wasn’t alone and one by one, we started opening up.”

In Bay Area, everyone is really good at putting on a show of their successes. People talk about the money they’ve raised, the offers they’ve turned down, the shiny brands they’re associated with. I have a lot of acquaintances but never feel like I have enough friends who I can share my struggles with. I always feel like an outsider: not doing enough, not knowing enough, not having enough going on.

“The GSB did a really good job of breaking down that barrier,” Vu said. “My favorite class is touchy feely. It’s not the official name but that’s how everyone calls it. We were divided into groups of 12 each and met twice a week, each time for 3 hours. Everything was confidential – we weren’t even allowed to tell people who else was in our group. We could talk about any topic. Some people used the time to get help with relationship problems. The toughest guys broke into tears. It was very emotional. We all became really good friends after that.”

Vu’s drive to be the best is, however, very Silicon Valley. Her mom moved to the US when she was 16 but Vu chose to stay in Vietnam. “I was going to a prestigious high school. If I went to the US, I’d have to start over at a mediocre one.” In college, she graduated valedictorian of her class and got into business schools at both Harvard and Stanford. While doing her MBA, she found time to pick up a master in education.

“Like everyone in my MBA class, I was very unhappy the first year out of school. We were taught to believe that we’d change the world, but here I was at my consulting job, clearly not changing anything. Then I stumbled upon this problem that I wanted to solve. I wanted to create an app to help people reduce their accents when speaking English. I wasn’t technical so I knew that I needed a co-founder. I talked to people, one person introduced me to the next, and I met Xavier [Xavier Anguera - Vu’s co-founder and Elsa’s CTO] at a conference.”

Vu is grateful for her co-founder and highly recommends anyone interested in doing startup to find at least one co-founder. “In the beginning, you won’t be able to hire anyone good. Nobody will be dedicated to your company unless that person is your co-founder. With a co-founder, you can move three times faster. And in the startup world, speed is everything.”

Founded in 2015, Elsa’s rise hasn’t exactly been meteoric, but steady with tremendous momentum. Vu refuses to follow the Silicon Valley’s traditional growth hacking model: putting a large chunk of capital into ads to acquire new users. Elsa doesn’t even have budget for marketing and PR. The traction they have had so far comes entirely from word of mouth.

Elsa got its first break when the team won the first place at South by Southwest education competition. “After SXSW announced the winner, 30,000 new users signed up and all our servers crashed. Luckily, we pulled through.” In June 2016, it became the best educational app on Product Hunt. In 2017, it went viral as Salma Hayek admitted on The Tonight Show with Jimmy Fallon that because her husband was talking on the phone every night with Elsa, she thought that he was having an affair. By the end of 2017, Elsa hit 1 million downloads on Google Play alone. Elsa now has 4 million users from 101 countries.

Her team has grown to consist of almost 30 people, divided among three offices in San Francisco, Lisbon, and Ho Chi Minh City. “Our CTO is in Portugal so our main engineering team is there. The office in Ho Chi Minh takes care of some engineering aspects and customer services. SF is where our product team is. With engineering, the rest of the world has been very fast in catching up with Silicon Valley and the cost is like one third of the cost here. For product, you still have to come back to the Bay for talents. My PM has 15 years of experience doing different products. Product management wasn’t even a thing in Vietnam 15 years ago.”

With her team scattering around the globe, Vu spends half her time traveling. It took me six months to get on her schedule. “It’s not easy. You can’t do it unless you have an understanding spouse.”

And Vu has one whom she met five years ago. “He also went to Stanford. Actually, he spent a lot of time at Stanford.” Her husband did his undergrad, master’s, PhD, and then postdoc at the same school.

Since Vu seemed to be able to achieve that mysterious “a successful career and a happy home”, I felt like I needed to ask her about her dating experiences.

“We were lucky that we met each other at the right time. A couple of years earlier, my friend worked out this formula that she’d have to date 46 people to meet the right one, so we both strategized on how to reach that number with the limited amount of time that we had. I was doing consulting work so I had to travel a lot and could only meet people on the weekends. Sometimes I’d schedule 30-minute coffee dates back to back. If someone seemed potential, I’d stretch the date further. After a few months, I gave up because I realized that I needed some me time. I met my husband at the end of my consulting career when I finally had time for relationships.”

“What criteria were you looking for?”

“My criteria change over time. As I grew older, I realize that a lot of things I thought were important actually aren’t. The most important criterion for me is whether that person makes me more or less stressed when I’m home. Can I be myself around that person? My work is so stressful I can’t be with someone who gives me more stress.”

Maybe because we’re both small women who were raised in Vietnam but somehow ended up the Bay Area, I understand what she has been through. A friend told me that when he met her 15 years ago in Vietnam, her aspiration was to become a receptionist somewhere nice, and look where she is now. As Vu turned away to leave, I felt a strange sense of calmness. I need more people like Vu in my life. Silicon Valley needs more Vu’s.

You know you’ve made it when you’ve got your own subreddit. In Grant Sanderson’s case,...